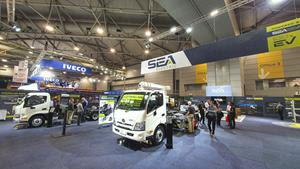 The first-ever public appearance of the SEA Electric full range of operational-ready trucks was displayed at the 2021 Brisbane Truck Show — with the entire suite ranging from 4.5-tonne car licence through to 22.5-tonne three-axle rigids.

The appointment of Bill Gillespie, president of Asia Pacific, and promotion of Glen Walker to vice president of Asia Pacific, bring a wealth of international transport industry and electric vehicle expertise to the region during a time of growth for SEA Electric worldwide. Following a recent US $42 million investment, SEA Electric is bringing electrification solutions and opportunities to nearly every corner of the globe, and in the United States it has added further assembly capacity, creating the current potential for approximately 60,000 units per annum. Further U.S. assembly, including in the area of batteries, is expected in the near future.

According to SEA Electric President and Founder Tony Fairweather, SEA Electric has not only created a low-cost delivery solution, but equally meaningful it has developed a medium voltage/lightweight power system with performance outcomes that exceed the internal combustion engine equivalent. “Our own SEA-badged trucks – including the SEA 300 and SEA 500 in Australia – are derived from OEM Semi Knock-Down kits, creating further efficiencies to pass on to our customer base whilst supporting rapid OEM expansion into this segment,” said Fairweather.

Gillespie’s new leadership role allows him to build upon the company’s momentum, which continues to expand on a worldwide basis. “The product showcased in Brisbane sets the framework for SEA Electric to seamlessly fold into OEM dealerships and fleets, bringing forth both new and repowered electrification options,” said Gillespie. The current three medium-size EV truck models are sold through a dozen authorized dealers in Australia, while more than 220 U.S. dealers are available to support the North American market needs.

frame rails, wheels and axle components arriving in Australia, within containers from Japan, and upon arrival being assembled to provide a rolling chassis to support the appropriate proprietary SEA-Drive® power-system to create a completely assembled SEA Electric-branded vehicle. The vehicles are then ready for distribution.

But it is their SKD assembly operation’s efficiency that creates a real game-changer for SEA Electric and facilitates the solutions and productivity the company can provide. With consistency of assembly, and a process that provides multiple efficiencies, there becomes very little waste, often eliminating extra componentry that previously would have been discarded in other retrofitting processes.

“Our agreements in the U.S. go one step further,” said Walker. “We are utilizing SKD and local glider assembly to set the benchmark for ongoing programs in North America and other SEA Electric markets around the world.” As an example, when containers in the United States arrive for SKD assembly, all electrification is then performed by authorized upfitters, solely using SEA-Drive® power-system technology and branding. The process of building the trucks from SKD kits or glider chassis provides multiple advantages over the retrofit option, including lower cost, quicker build times, and less waste. 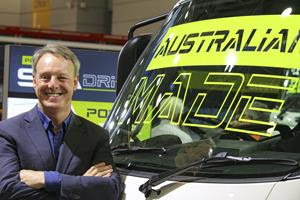 Bill Gillespie joins SEA Electric as President, Asia Pacific, bringing a wealth of international transit industry and electric vehicle expertise to the region during a time of growth for SEA Electric worldwide.

The North American market, which recently became the new home for SEA Electric’s California-based headquarters, has the largest capability for upfitting capacity at 60,000 units annually. The addition of a Des Moines Technical Center and planned offices in Chicago, Brooklyn, and Miami before August this year represents SEA Electric’s commitment to the market.

With available volume and an ambitious capability to assemble the company’s SEA-Drive® technology, SEA Electric provides immediate and cost-efficient solutions that can be easily scaled to meet the needs for any fleet – whether new or existing delivery vehicles in need of new EV drive capabilities. The electrification of the yellow school bus industry is also in high demand in the United States.

Perhaps the most important business growth aspect of SKD kit and OEM glider assembly is the ability for the SEA Electric vehicle range to be available from a dealer network that provides complete sales, warranty, and service support. 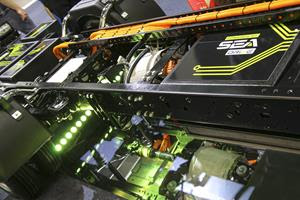 SEA Electric’s proprietary SEA-Drive® electrification technology adapts to a large range of OEM truck and commercial vehicle platforms and has been proven in the field with millions of real-driving miles to date.

SEA-Drive® Power-Systems
SEA Electric’s proprietary SEA-Drive® power-systems come in a variety of configurations for all-electric models with a GVM range of 4.5t through to 26t (i.e., 9,990 lbs. to 57,500 lbs. GVWR). Each are designed for 3,000 charge cycles based on a full overnight charge, if applied five days per week, and can result in optimum performance for 10 years.

The Brisbane Truck Show highlighted five new SEA-Electric-branded truck models, including the launch of the SEA 300-45 EV and the SEA 300-85 EV. Both models are fully ADR compliant and assembled in Melbourne for Australian distribution.

The Future for SEA Electric
While SEA Electric’s roots originate in Australia, along with various manufacturing and technology capabilities, the company’s North American growth brings a business model that can be replicated in Europe, as well. Current U.S. upfitting facility locations include Illinois, Michigan, North Carolina, Indiana, and California. 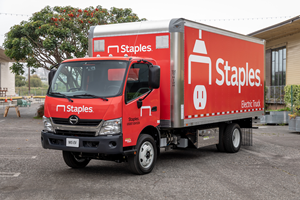 Energy Technology. This important transaction supports SEA Electric’s proprietary SEA-Drive® 70, 100, and 120 major power-system models. While most of the initial units are slated for the United States, the balance will go to SEA Electric inventories in Australia, New Zealand, and Southeast Asia, as well as the company’s first entry into the European market. As Vice President Asia Pacific for SEA Electric, Glen Walker leads the APAC operational activities for the company, with nearly two decades of experience within the automotive and transport sectors in Australia.

Widely recognized as a market leader in the electrification of commercial vehicles on a global basis, SEA Electric commands a global presence, deploying product in six countries including USA, Australia, New Zealand, Thailand, Indonesia, and South Africa with collectively more than one million miles of independently OEM-tested and in-service international operation.

The company’s global sales, after-sales and engineering are represented in all subsidiaries, whilst North America, home to the company’s headquarters, has the largest upfitting capacity for SEA Electric at 60,000 units per year.

Photos accompanying this announcement are available at:
https://www.globenewswire.com/NewsRoom/AttachmentNg/77af3321-4ff7-4b80-b687-e2264e18e5db