Rémy Martin And Usher Team Up To Celebrate Two Cultures Of Excellence: Music And Cognac

“Team Up For Excellence – The Film” Imagined in collaboration with FRED & FARID New York, Brings to Life the History of Harmony Between these Cultural Entities Through a Musical Journey

NEW YORK, May 14, 2021 /PRNewswire/ — Today, Rémy Martin announces a collaborative new campaign with multi–Grammy award winning musical artist, Usher to celebrate the harmonious blending of two cultures of timeless excellence: Music and Cognac. “Team Up For Excellence – The Film” highlights the cultural connection between Cognac and American music since 1917 in France, and how the two have been synonymous ever since.

In the Film imagined in collaboration with FRED &FARID New York, Usher narrates a story spanning the decades from the 1920’s to present day, which pays tribute to the multi–cultural connections, celebrated styles and rhythms of the past. From Blues to Hip–Hop, Swing Dancing to Break–Dancing; Usher and Rémy Martin®1738 Accord Royal travel through decades in France and the US, to honor these cultural figures; both rooted in a shared philosophy of aiming for the stars.

“Music doesn’t need Cognac to exist, and Cognac doesn’t need Music to exist,” states Usher, “but what is beautiful is that they were meant to meet and when they did, they created cultural harmony.” 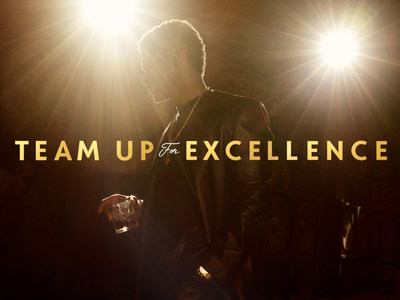 “I was really inspired by creating the historical music scenes in a way that felt true to the spirit of that moment, but also relevant and eye–catching to a young contemporary audience,” states Jake Nava, “This dual priority informed my direction of all the music, dance and Usher’s performance.”

The heart and soul of cultural movements throughout history paved the way for future artists to innovate, while paying homage to their roots and the musical styles that came before them. The same respect for heritage is honored by Rémy Martin and Cellar Master, Baptiste Loiseau, who has inherited the savoir–faire of the House from previous generations of cellar masters. Through this transmission of knowledge, Rémy Martin®1738 Accord Royal continues to encompass the spirit of celebrating depth of character and the excitement of indulging in moments of collective success. 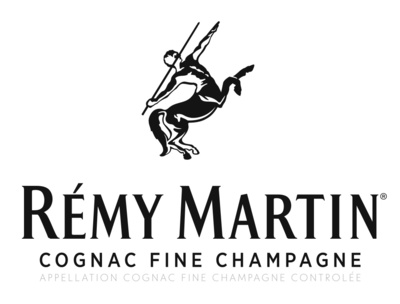 Historically, Rémy Martin and Usher teamed up during his 2010 “OMG” world tour, where the Cognac brand was the official sponsor of after parties across the United States, Canada and Europe. Additionally, Usher co–hosted the launch dinner for Producer Series with Jermaine Dupri in 2018.

“Team Up For Excellence – The Film is a monumental artistic achievement stemming from our collaboration and long–standing relationship with our trusted creative global agency, FRED & FARID,” said Philippe Farnier, Chief Executive Officer for The House of Rémy Martin. “We celebrate this performance between our brand, creative agency and artist Usher. At Rémy Martin, we team up with those sharing our same quest for excellence, rooted in our values of people, terroir and time.”

For almost 300 years, the story of Rémy Martin has been one of family, partners and collective success. Teamwork has always been at the heart of the brand, passing the spirit of collaboration on to younger generations. The desire to team up with others in a quest for excellence has been a part of the Rémy Martin ethos since 1724, with the constant dedication to creating premium Cognac. To continually go further and aspire to achieve more is a reflection of the Centaur, Rémy Martin’s brand figurehead for 150 years. Following the launch in the United States, the short film will be screened and showcased globally.

Title of ad: Team Up For Excellence – The Film

Director of the production: Jake Nava

For more information visit RemyMartin.com and follow along on social media at:

ABOUT RÉMY MARTIN
Since 1724, Rémy Martin has produced premium spirits that consistently appeal to the world’s most discerning connoisseurs. A profound love of the land, a continuity of family ownership and   a passionate commitment to excellence has sustained Rémy Martin for nearly three centuries. As a result of its masterful production and generations of tradition in Cognac, Rémy Martin today produces Fine Champagne Cognacs, including Rémy Martin® XO, Rémy Martin® Tercet, Rémy Martin 1738® Accord Royal and Rémy Martin® V.S.O.P For additional information, visit www.RemyMartin.com.

ABOUT RÉMY MARTIN 1738
Born from the cask and named after a royal approval, Rémy Martin®1738 Accord Royal is a truly distinctive cognac. Its exceptional smoothness and rounded oakiness starts with the toasting of the casks, before the eaux–de–vie even begin to mature. This unique aromatic profile is then revealed through a rigorous selection of eaux–de–vie. Recognized for its outstanding quality year after year in international competitions, Rémy Martin®1738 Accord Royal celebrates true depth of character and the sheer indulgence of sharing good moments.

ABOUT RÉMY COINTREAU
All around the world, there are clients seeking exceptional experiences; clients for whom a wide range of terroirs means a variety of flavors. Their exacting standards are proportional to our expertise – the finely–honed skills that we pass down from generation to generation. The time these clients devote to drinking our products is a tribute to all those who have worked to develop them. It is for these men and women that Rémy Cointreau, a family–owned French Group, protects its terroirs, cultivates exceptional multi–centenary spirits and undertakes to preserve their eternal modernity. The Group’s portfolio includes 12 unique brands, such as the Rémy Martin and Louis XIII Cognacs, and Cointreau liqueur. Rémy Cointreau has a single ambition: becoming the world leader in exceptional spirits. To this end, it relies on the commitment and creativity of its 1,900 employees and on its distribution, subsidiaries established in the Group’s strategic markets. Rémy Cointreau is listed on Euronext Paris.

ABOUT USHER
Challenging himself creatively, testing musical boundaries and being on the creative forefront of new and developing trends are characteristics that have defined Usher throughout his 20 year career. Usher has been ranked by the Recording Industry Assn. of America as one of the best–selling artists in American music history, having sold over 65 million albums worldwide. He has won numerous awards including 8 Grammy Awards and was named the #1 Hot 100 artist of the 2000s decade. Usher has attained nine Hot 100 #1 hits and 18 Hot 100 top–10 singles. His career in TV and Film includes 2 seasons as a coach on NBC’s The Voice as well as starring roles in films such as “Hands of Stone” and “Burden”. 2021 continues to be a busy year for Usher with an upcoming new album release and the launch of his much anticipated Las Vegas residency at Caesar’s Palace. In the past year Usher’s two singles “Don’t Waste My Time” and “Bad Habit” both hit #1 on the Billboard R&B Charts. He also released “I Cry”, a powerful and emotional song about the social and racial injustices of our time. Usher is currently in the studio recording his 9th studio album which will be released late 2021.

ABOUT FRED & FARID New York
FRED & FARID is a purpose driven company producing meaningful ideas, grounding brands into culture. Based in New York, Paris, FRED & FARID New York’s culture is a peculiar mix of the French sense of craft and taste, the Chinese sense of tactic and digital, and the American sense of vision and strategy. The agency focuses on creative consulting, brand strategy, branding, content & social activation, and has produced 1800+ creative campaigns for 250+ brands in 33+ industries, winning 950+ awards and 25+ industry titles – including the AdAge Small Agency 2020 Gold Newcomer of the Year, and Best Integrated Campaign of the Year. Website: www.fredfarid.com